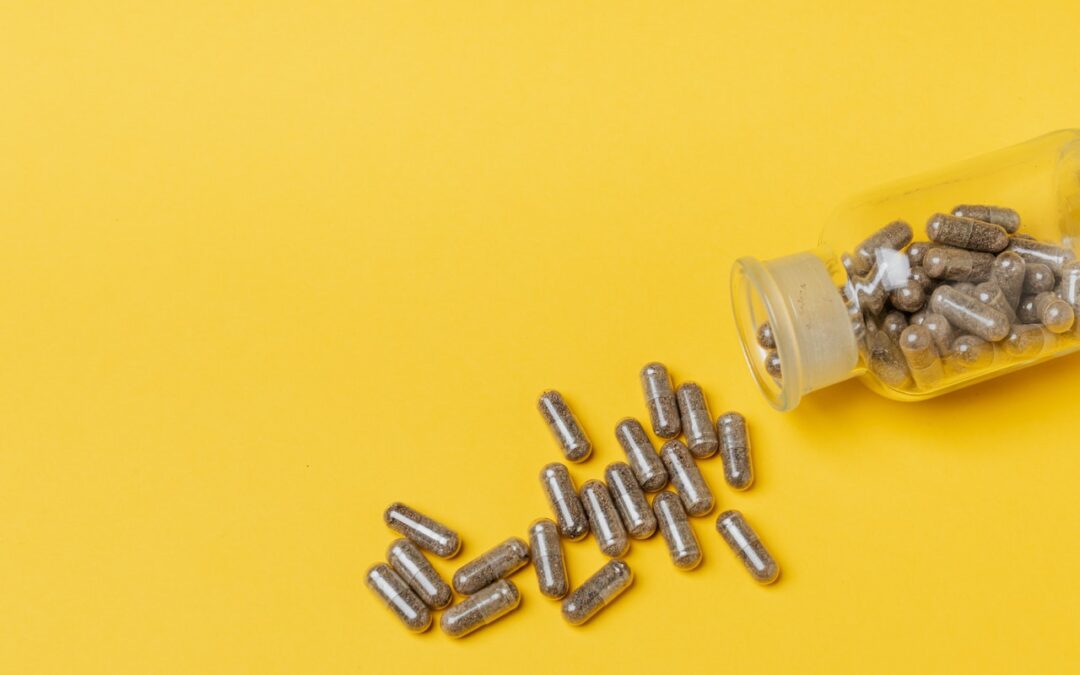 CoQ10 supplements are gaining more and more traction in today’s ever-growing health-minded landscape. This is one of those supplements that is found in food as well as made naturally by the body. CoQ10, short for coenzyme Q10, is actually an antioxidant found in nearly every cell of the human body (and often dubbed the “universal antioxidant”). Being an antioxidant, CoQ10 fights off harmful free radicals which cause oxidative stress and damage to our cells. Not only that, but CoQ10 has positive effects on energy production, blood flow, reproduction, cognition, diabetes, and cancer.

As mentioned, CoQ10 is an antioxidant, meaning that it fights free radicals in our bodies. But what exactly does this mean? Free radicals are unstable atoms that are byproducts of normal cell processes, such as energy production. They are also created when eating certain foods such as refined sugar, simple carbohydrates, processed meats, red meat, alcohol, and heating certain cooking oils. Lastly, free radicals are created when a person is exposed to X-rays, smoking, chemicals/toxins, air pollutants, and some drugs.

Free radicals build up in our body as we age and as we expose ourselves to the above listed foods and toxins. All of this further accelerates the aging process, perpetuating the cycle.

The more free radicals we have floating around our bodies, the more our cells are damaged. Free radicals damage our mitochondria, alter lipids and proteins, and can even cause mutations in our DNA. These mutations can trigger severe health issues such as atherosclerosis, arthritis, heart disease, stroke, asthma, diabetes, dementia, and even cancer.

This is why antioxidants are so important to our health and longevity. They neutralize free radicals, preventing them from causing damage and disease. Antioxidants include the well known vitamins, C and E, as well as several groups of phytonutrients like flavonoids, phenols, and carotenoids. Glutathione, a sulfur compound composed of three amino acids, is perhaps the most potent antioxidant in our body since it increases the levels of all other antioxidants. Increasing our consumption of antioxidant-rich foods is a major key to fighting off free radicals and maximizing our health.

CoQ10 is found inside the mitochondria of our cells. Mitochondria are the parts of the cell that produce energy from the oxygen we breath and the food we eat. ATP is the fuel source we use and CoQ10 helps produce it. Low levels of CoQ10 can cause mitochondrial dysfunction, which result in various levels of physical and mental fatigue as well as muscle weakness. Mitochondrial dysfunction also causes detrimental health effects throughout the body and is a hallmark characteristic of all chronic diseases, including neurodegenerative diseases, cardiovascular diseases, autoimmune diseases, psychiatric diseases, diabetes, multiple sclerosis, and more. Additionally, CoQ10 levels decline as we age, which make it unsurprising that older people experience low energy and are at greater risk for chronic disease. What many consider to be normal symptoms of aging may actually be a deficiency of CoQ10 (among other healthful nutrients).

Studies have shown that CoQ10 supplements may help prevent recurring heart attacks. Further, people who have had bypass surgery or other heart surgeries may have a quicker recovery time when taking CoQ10 supplements along with other nutrients. One large study found that treating heart disease patients with CoQ10 for two years not only improved their symptoms but also reduced their risk of dying from this disease. Lastly, CoQ10 helps lower high blood pressure, which is a risk factor for heart disease.

It is important to note that those with congestive heart failure often have low levels of CoQ10. And this could be from their medications! Heart medications, such as beta blockers and statins, are known to decrease CoQ10 levels, possibly complicating treatment. CoQ10 supplements are often recommended for those taking these medications, and have the added benefit of improving the side effects of these drugs such as muscle weakness and pain.

Recall that CoQ10 helps prevent oxidative damage as well as protect against mitochondrial dysfunction. Eggs and sperm are sensitive to oxidative damage and mitochondrial dysfunction, which affects their quantity and quality. Furthermore, healthy mitochondria are essential to the maturing and fertilizing of eggs as well as to the development of embryos. CoQ10 may increase sperm count and the quality of sperm in men with fertility issues. Similarly, for women, supplementing with CoQ10 can help prevent the decline in the number and quality of eggs as a woman ages. Further research is needed to see whether CoQ10 supplements improve the chances of conceiving.

CoQ10 is connected to brain health and the prevention of cognitive decline. Our neurons need enough energy to function properly, and as we know CoQ10 helps produce that energy. As it turns out, our brain needs a lot of energy, more than any other organ in our body! Further, our brain is very susceptible to oxidative damage, something that CoQ10 (and other antioxidants) can fight off. This oxidative damage produces compounds that harm our cognition and memory and may lead to cognitive diseases like Alzheimer’s and Parkinsons. Those with cognitive disorders tend to have lower levels of CoQ10 in their system than those without these issues. Reducing oxidative damage with CoQ10 supplements have shown to slow the progression of Alzheimer’s.

Research is still ongoing but several studies show that CoQ10 decreases certain inflammatory markers that are thought to play a role in migraines. Further, lowered energy supply (ATP) increases our sensitivity to getting migraines. But as we have learned, CoQ10 helps produce ATP to supply needed energy, making it a good candidate for migraine relief.

It is thought that CoQ10 can not only help treat migraines but also may prevent them. Supplementing with CoQ10 reduced the number and severity of migraines (as well as headaches) in people who had low levels of CoQ10. Another study showed that CoQ10 supplements were three times more likely to reduce the number of migraines as compared with people who took a placebo for their migraines.

As mentioned in the beginning of this blog, oxidative stress and free radicals harm our body’s cells and can lead to a host of health issues, including diabetes. Being an antioxidant found in nearly every cell in the body, CoQ10 fights off oxidative stress and free radicals. Not only that, but CoQ10 is shown to increase insulin sensitivity and balance our blood sugar, thus helping those with type 2 diabetes. People with diabetes who took CoQ10 supplements for 12 weeks had significantly lowered their fasting blood sugar and hemoglobin A1C. This makes CoQ10 a viable supplement to help with the treatment of diabetes.

We discussed earlier how oxidative stress can cause cell damage, cell proliferation, and DNA mutation. If we allow this to persist and are unable to fight off oxidative stress, we could be setting the stage for the development of cancer (which uses each of these damaging processes). As we know, CoQ10 protects us from oxidative stress while also producing ATP for energy. These actions promote cell survival and the protection of cell DNA, both of which are key to preventing cancer and cancer recurrence.

Indeed, those with cancer commonly have lower levels of CoQ10. Furthermore, low CoQ10 is associated with a higher risk of cancer as well as a poor outcome for some types of cancer. More research is needed to determine CoQ10’s ability to protect against cancer.

CoQ10 is made naturally by the body as well as being found in various foods. These foods also contain other antioxidants, so they are a great way to boost your overall health and protection against sickness and disease. The foods with the highest levels of CoQ10 are found in oily or fatty fish like salmon, trout, sardines, and mackerel. It’s also found in the organ meats of liver and kidney. Besides animal products, CoQ10 is found in peanuts, lentils, and soybeans as well as in several vegetables including broccoli, cauliflower, and spinach. Lastly, sesame seeds and pistachios contain some amounts of CoQ10.

As with most supplements, CoQ10 is available in different forms. Prioritizing cost when choosing supplements will give you a poorer quality supplement that is less bioavailable for your body to use. Instead, it is always best to purchase the most-absorbable and readily active form of supplements. In the case of CoQ10, there are two forms: ubiquinone and ubiquinol. Ubiquinone is the oxidized form and less absorbable by your body (it is also cheaper). Ubiquinol, on the other hand, is the reduced form and thus the most bioavailable and readily used. Be sure to read the ingredients list of CoQ10 supplements to see which form is used.

While looking at the ingredients list, take note of the other ingredients in the supplement. In general it is common to find various fillers, artificial coloring, sweeteners, or dyes as the inactive ingredients in supplements. Be sure your supplements do not contain these unhelpful and counterproductive ingredients. Lastly, choose a supplement that is either certified organic or is non-GMO (this will be labeled on the bottle).

CoQ10 is best taken with food since it is fat-soluble. Taking with food will increase its absorption rate faster than taking without food. It is best to be consistent while taking CoQ10 supplements since our body does not store it and must have a continual supply. Taking CoQ10 at night will help it be better absorbed, however some have reported insomnia if taken too close to bedtime.

Doses for CoQ10 supplements commonly range from 90mg to 200mg with a high safety profile. Ubiquinol doses are lower than ubiquinone doses since ubiquinol is more easily used by the body. Doses over 300mg can affect your liver enzymes and are not recommended, especially for those with liver problems, unless you’re under the care of a knowledgeable provider. Further, due to its effectiveness at lowering blood pressure, CoQ10 supplements should be taken with caution if you also take medications for blood pressure or blood thinning. These supplements can also interact with chemotherapy drugs and antidepressants. It’s always a good idea to talk with your provider before taking CoQ10 supplements.

CoQ10 is an antioxidant compound found in nearly every cell in our body. It also produces ATP, the energy that our body runs on. With these two functions, CoQ10 is very effective at fighting against free radicals and oxidative stress anywhere that it is found: the brain, the heart, in muscles, bones, and blood vessels. CoQ10 is our protector against cell damage and DNA mutation, both of which are involved in the development of various diseases. This makes CoQ10 a vital component in the treatment or prevention of disease. This compound is naturally made by the body, although production decreases with age. It can also be found in a variety of foods as well as available in supplement form. Talk with our team today to see if CoQ10 can help address your health concerns! 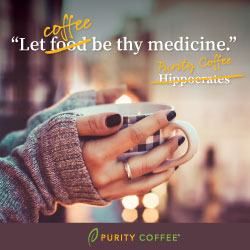